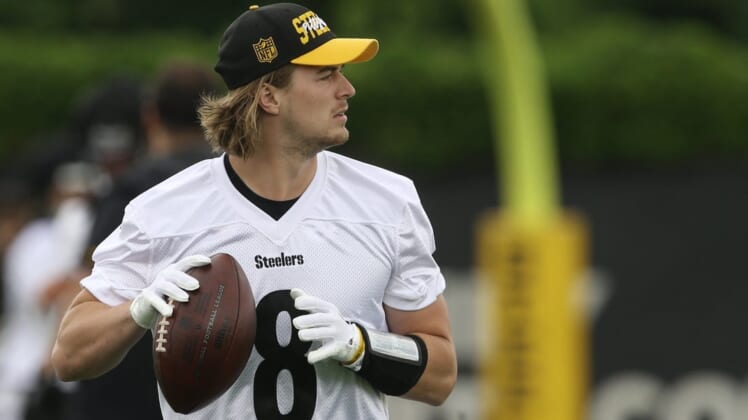 Nearly two months after he was drafted 20th overall by the Pittsburgh Steelers, quarterback Kenny Pickett was the last first-round pick to sign a contract.

Pickett was the only quarterback drafted in the first round of the 2022 NFL Draft.

Rookie contracts are set by the NFL’s slotting system, but only the length of the deal and financial terms are determined in advance. Offset language, which covers scenarios in which players don’t reach the end of the four-year deal and fifth-year option with the same team, is often a sticking point.

Head coach Mike Tomlin said Pickett is in the competition to replace Ben Roethlisberger, along with Mason Rudolph and Mitchell Trubisky.

Pickett and Tomlin have been acquaintances for several years. Pickett played home games at Heinz Field, home of the Steelers, and logged 52 games at the University of Pittsburgh. He threw for more than 12,000 yards with 81 career touchdowns.

Pickett’s four-year deal is worth $14 million with a fifth-year option.