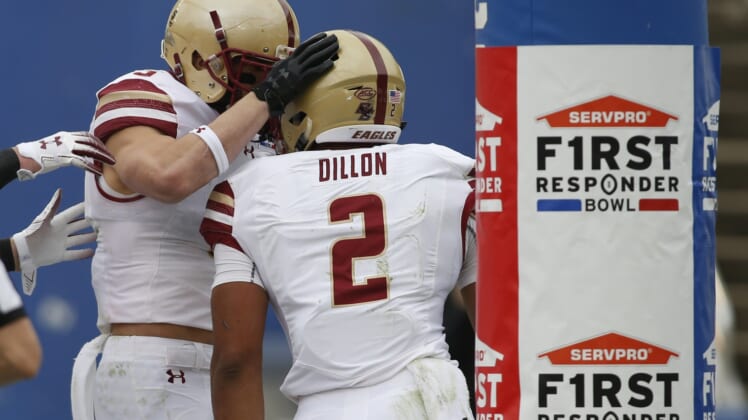 In what could very well be the first action of this nature, the First Responder Bowl between Boise State and Boston College has been cancelled due to inclement weather.

The @FRBowl has been canceled.

Taking place at the Cotton Bowl in Dallas, the game had been delayed for well over an hour due to lightning. Obviously, the powers to be didn’t believe it was worth it to wait this thing out. Boston College was leading 7-0 when the game was initially delayed. But it’s officially been ruled a no contest.

Needless to say, Twitterverse had some hilarious reactions to this announcement.

I feel like a First Responder bowl would have a better response plan.