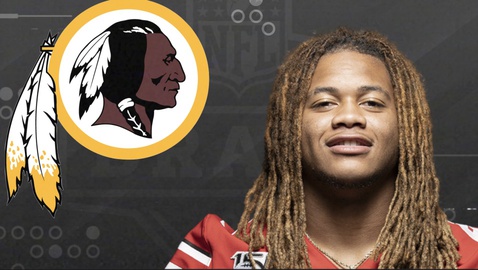 Fans in the nation’s capital have not had a lot to be excited about in recent years.

That changed big time when the Washington Redskins made the right decision to select Ohio State edge rusher Chase Young with the second pick in the 2020 NFL Draft Thursday night.

Young is seen as a generational talent. He will be the face of the Redskins’ franchise for years to come.

One day after coming off the board at No. 2 overall, Young posted a photoshop of him in a Skins uniform. He looks pretty awesome.

There’s nothing not to like about this if you’re a Redskins fan. New head coach Ron Rivera gets himself that elite pass rusher to help build up Washington’s defense.

It goes without saying that Skins fans were excited to get their first glimpse of the elite talent rocking their uni.

It’s about darn time something good happened to Redskins fans in D.C. Enjoy.