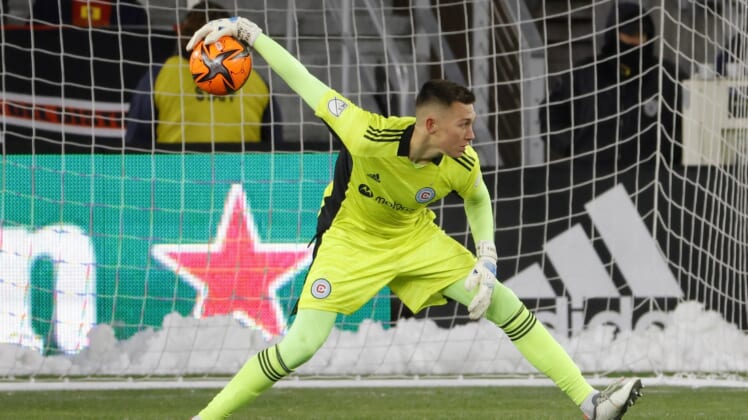 The Chicago Fire will aim to keep their good start going when they host Sporting KC on Saturday.

“I’m just happy that everyone when they step on the field puts in the effort defensively to make sure we don’t take goals, silly goals,” coach Ezra Hendrickson said. “Eventually you’re going to get scored on. You can’t go the whole season without getting scored on, but I just like the way they are taking control of the defending aspect of our game.”

Offense hasn’t been easy to come by for Chicago thus far, with last week’s 2-0 triumph against D.C. United marking the first time the club scored this season. After mustering just five shot attempts (none on goal) a week prior, the Fire’s attack found success against D.C., with eight of their 13 shots reaching the target.

Sporting KC (1-2-0, 3 points) is looking to get back on track after being blanked 2-0 by the Colorado Rapids a week ago.

The club is dealing with numerous injuries a mere three weeks into the season. Midfielder Felipe Hernandez left the match against Colorado, joining an injured list that includes forwards Daniel Salloi, Khiry Shelton and Alan Pulido, and midfielders Oriol Rosell and Gadi Kinda.

That forced the club to start newcomers Marinos Tzionis and Nikola Vujnovic. Tzionis had been with the club for only three weeks — and Vunjovic was with Kansas City for just three days.

“Right now it’s just too many guys out and too many changes within the group,” coach Peter Vermes said. “And there’s a lot of new guys who haven’t been here before. It’s difficult.”

Saturday’s tilt will be Sporting’s third road match through the first four weeks of the season.