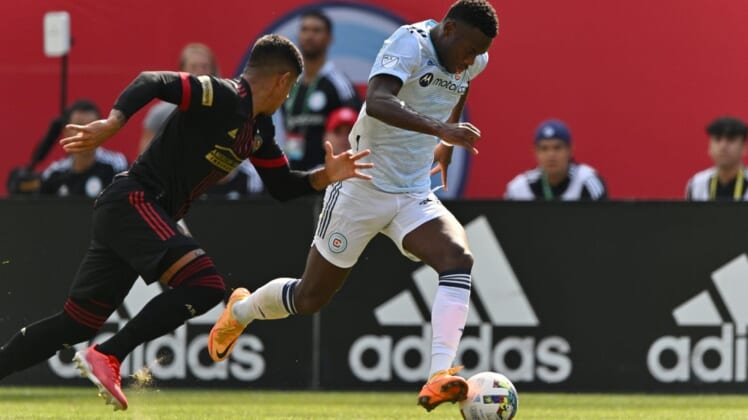 The Chicago Fire extended their unbeaten run to four matches on Saturday but might be disappointed after settling for a 0-0 draw against visiting Atlanta United.

Chicago goalkeeper Gabriel Slonina made two saves to preserve the Fire’s eighth home shutout of the season. Four of those have now finished as 0-0 ties.

Striker Kacper Przybylko returned off the bench for Chicago (7-10-6, 27 points) after missing the last two matches to injury.

With the draw, the Fire missed a chance to move into seventh place and above the Eastern Conference playoff line for the first time since a 0-0 draw with the LA Galaxy on April 16.

Rocco Rios Novo made three stops for Atlanta, which kept a road defensive shutout for the first time since a 1-0 win at D.C. United on April 2.

United’s all-time leading scorer Josef Martinez started after three straight games used as a sub, but he failed to add to his five goals.

Atlanta (6-9-7, 25 points) remains 12th in the crowded East, three points off the playoff pace as it attempts to avoid missing the postseason for just the second time in the club’s six-season history.

A draw was probably a fair result, with possession almost even and shots 15-13 in slight favor of the Fire.

Chicago was on the front foot for most of the opening half, but Atlanta had arguably the best chance before intermission in first-half stoppage time.

Martinez then missed an excellent chance for Atlanta only moments after the break, when he missed high from very close off Aiden McFadden’s cross.

Xherdan Shaqiri appeared to give the home side the lead with what would’ve been his team-leading fifth goal in the 58th minute. But the effort was disallowed after video review found Shaqiri offside at the time of Miguel Navarro’s throughball.