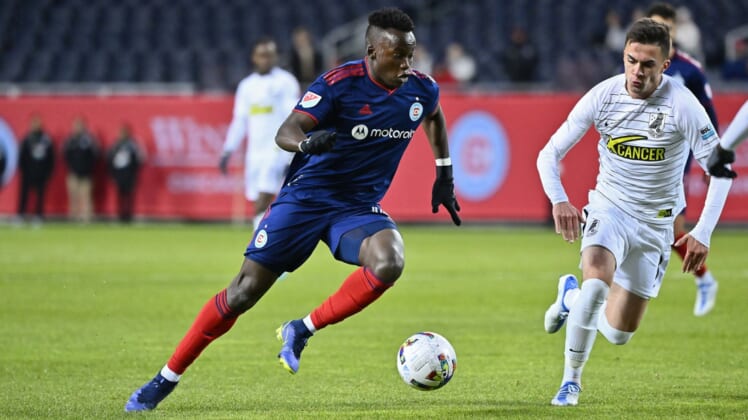 The Chicago Fire and Minnesota United FC each used some consistently strong defense to get off to solid starts this season.

Whether either can break through offensively remains to be seen when they meet Saturday in Saint Paul, Minn.

Chicago (2-1-4, 10 points) has been one of the league’s early surprises, entering the weekend among the top-seven teams in the Eastern Conference. The Fire have gotten it done with a defense that’s conceded a league-low two goals.

Homegrown goalkeeper Gaga Slonina, who turns 18 in May, has been a big reason for the Fire’s defensive stinginess. He’s recorded nine clean sheets — five in 2022 — in 18 career starts, the most by any MLS keeper under the age 21. Chicago already extended his contract and the Polish national team reportedly has inquired about a call-up for the wunderkind.

Slonina and the Fire have been part of four scoreless draws this season, including last week at home versus the Los Angeles Galaxy. Chicago has managed just five goals this season, and none in its last three contests.

“I think we have the players now to be better on the attack,” said Fire coach Ezra Hendrickson, whose club lost to Union Omaha in penalties in the third round of U.S. Open Cup play earlier this week.

“It’s about patience and just making sure the guys continue to believe in themselves.”

Minnesota (3-2-2, 11 points) recorded five goals in its first six matches before avoiding a third straight loss with a 3-1 home victory over Colorado last Saturday. Robin Lod had a goal with an assist for the Loons, who have conceded six goals this season, and more than one only once.

“Going into every game, the defense thinks they’re gonna get a clean sheet, and the attackers think they’re gonna score — and that’s the way it should be,” Minnesota keeper Dayne St. Claire said.

Minnesota is 2-1-1 and undefeated in two home matches in the all-time series, but Chicago took four points from the last two meetings.