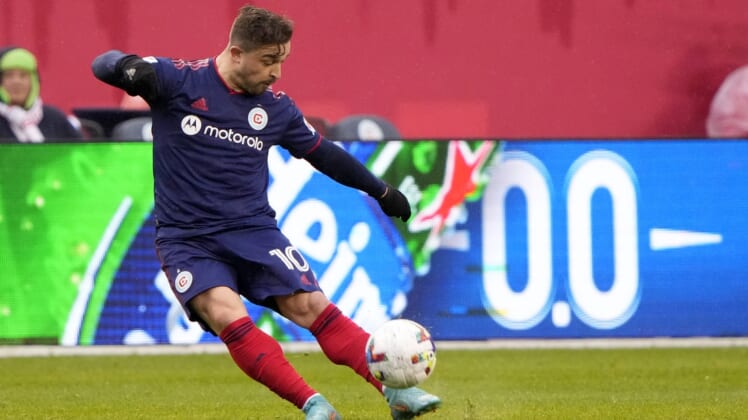 The Chicago Fire will try to continue their unbeaten start to manager Ezra Hendrickson’s tenure when they host FC Dallas on Saturday afternoon.

After opening the season with a pair of draws, Chicago (2-0-2, 8 points) has won back-to-back games, against D.C. United on the road and Sporting Kansas City at home.

That’s already the Fire’s longest unbeaten start to a season since 2009, and it’s brought optimism to a club that has made the playoffs only once since 2012.

“Fans are expecting us to go out and win games, and that’s good,” said Hendrickson, who is in his first year as an MLS head coach after spending much of the past decade-plus as an assistant in the league.

“That’s a good quality to have, where your fans are behind you, and they are expecting wins rather than losses. That’s good momentum for us going forward.”

Former Philadelphia Union striker Kacper Przybylko scored his first two goals for Chicago in a 3-1 home win over Kansas City two weekends ago in the Fire’s final game before the international break.

Former Liverpool star Xherdan Shaqiri also converted from the penalty spot for his first goal since his arrival in Chicago.

Dallas (2-1-1, 7 points) shares Chicago’s early optimism, if not the unbeaten record, following its own promising beginning under its own new manager, Nico Estevez.

Its only loss came in Week 2 against the reigning Supporters’ Shield champion New England Revolution.

Both players have been away with the U.S. national team on World Cup Qualifying duty, and each scored in a 5-1 win over Panama. But Arriola only made one 45-minute appearance, and Ferreira played 120 minutes over two outings.

“I think because they have been with the team, because they know the way we play, I think it’s easy for them to come back, and to know what to expect and how we’re preparing things,” Estevez said of their potential inclusion on Saturday. “But I’ll have to evaluate how they come and the travels and everything.”