Fire face Revs desperate for another run of success 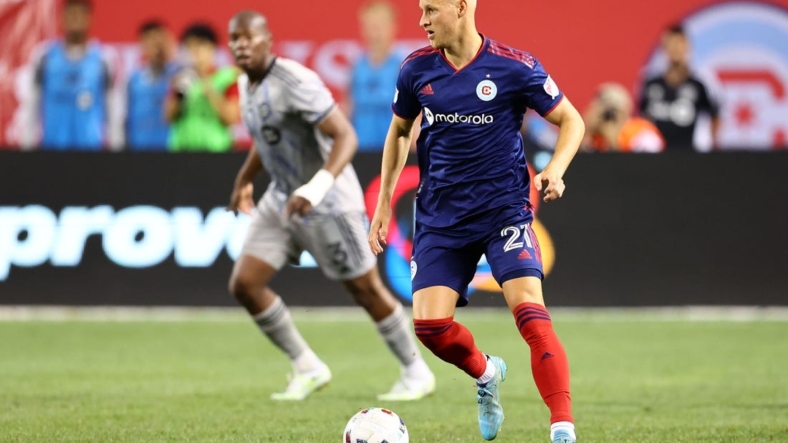 The Chicago Fire were in the midst of a torrid stretch before bottoming out with three consecutive horrid setbacks.

The Fire will look for a sharp turnaround to get them back in the victory column when they face the New England Revolution on Wednesday night at Foxborough, Mass.

Chicago (8-13-6, 30 points) has dropped its last three matches by a cumulative 8-1 score. The ineptness comes after the Fire went 4-0-1 during a five-game span to spark playoff talk.

Now sitting in 13th place in the 14-team Eastern Conference, Chicago needs another sparkling stretch to have any chance of reaching the postseason. The Fire, who have seven matches remaining, are six points behind Inter Miami CF and the Columbus Crew, who currently possess the final two playoff spots.

“Mathematically it’s still obviously possible, but we have to come together,” Fire midfielder Fabian Herbers said after Sunday’s 2-0 home loss to CF Montreal. “If we play like this, we have no chance. We don’t even have to talk about playoffs, it’s not possible. We have to come together as a team and play better.”

Chicago fell behind 2-0 within the first 24 minutes of the match. The Fire then owned a man-advantage for the entire second half yet couldn’t stage a comeback.

The Revolution (8-9-10, 34 points) are also below the playoff line, sitting in ninth place in the East, with red-hot Toronto FC lurking just behind them.

Like Chicago, New England is coming off a dreadful setback — a 2-1 home loss to the Los Angeles Galaxy on Sunday. That halted the Revolution’s nine-match home unbeaten streak (4-0-5).

New England fell behind 2-0 in the first 15 minutes. Its comeback attempt netted Carles Gil’s goal in the 82nd minute but ultimately fell short.

“I think they need to look at the 70 minutes they played well and the 20 minutes they didn’t play well,” Revolution coach Bruce Arena said. “You can’t question their effort. It was a great effort and they were close to getting a point out of the game. But the start of the game, there were no excuses for that.”

Star forward Gustavo Bou (seven goals) returned to play the second half after missing the previous six games with a leg injury. Gil’s goal was his sixth of the campaign and the midfielder ranks second in the league with 13 assists.

New England is unbeaten in its last six matches against Chicago, going 3-0-3 during the stretch. The teams meet again Oct. 9 at Bridgeview, Ill., in the regular-season finale.