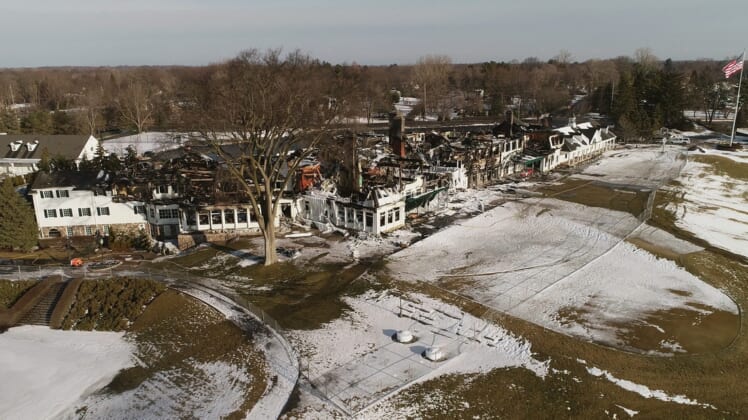 One month after a fire destroyed the historic clubhouse at Oakland Hills Country Club, the suburban Detroit course was named as the host Tuesday for the U.S. Open in 2034 and 2051.

“We could not be happier to bring six additional championships to such an iconic venue as Oakland Hills,” said John Bodenhamer, USGA chief championships officer. “Since its first U.S. Open in 1924, Oakland Hills has provided a supreme test for the game’s very best, and it will continue to do so for professionals and amateurs alike in the coming years.”

Oakland Hills underwent a $12.1 million renovation with course architect Gil Hanse in 2021. The Bloomfield Township, Mich., facility has been the site of six previous U.S. Opens, three PGA Championships and the 2004 Ryder Cup.

Club president Rick Palmer told ESPN that the clubhouse will not be rebuilt in time for the 2024 U.S. Junior Amateur, set for July 22-27.