Fine with flying under radar, Wake Forest opens with Fairfield 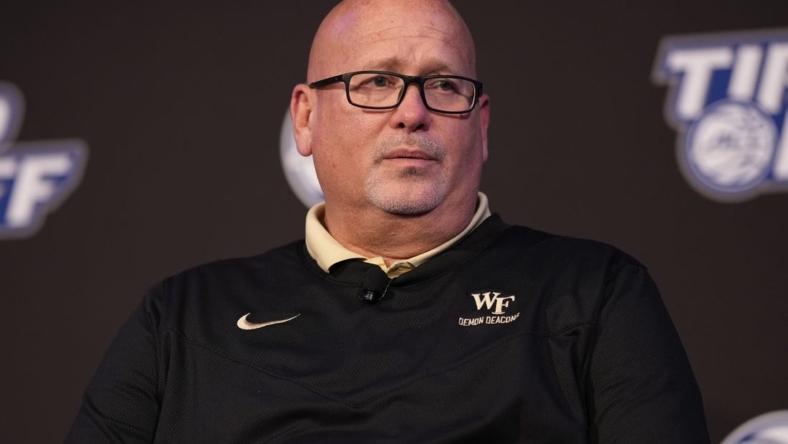 Wake Forest wouldn’t mind being one of the surprise teams again this season.

That quest for the Demon Deacons, who have just one returning starter on the roster, begins with a matchup against visiting Fairfield on Monday night in Winston-Salem, N.C.

“We are looking forward to building on the momentum of last season,” coach Steve Forbes said.

Wake Forest will rely heavily on guard Daivien Williamson, who was a starter on last season’s 25-10 team. Forbes dipped successfully into the transfer portal prior to the 2021-22 season and he took aim at other potential newcomers this offseason.

“Competition is great and we have depth,” Forbes said of his team.

Tyree Appleby is a graduate transfer from Florida after a one-year stop at Cleveland State and he figures to be in line for heavy minutes, Forbes said. He averaged 11.3 and 10.4 points the past two seasons with the Gators.

Other transfers who could contribute for Wake Forest are Andrew Carr (from Delaware), Davion Bradford (from Kansas State) and Jao Ituka (from Marist).

Fairfield lost an exhibition game at Rutgers last weekend, 78-65, but it was deemed beneficial.

“We’ll be on a plane to Wake Forest (soon) and for us it was a great dress rehearsal,” Young said. “I liked a lot of what we did as far as going 11 guys deep and seeing everybody contribute.”

The Stags will need to get used to being on the road. They’ll play eight times away from home before competing in front of their home fans.

Caleb Fields figures to be a 3-point threat for Fairfield, which is bound to try to rack up some perimeter scoring against a team from a major conference.

It will be the debut with the Stags for guard Brycen Goodine, who began his collegiate career with Syracuse and then played 21 games last season for a Providence team that reached the NCAA Tournament’s Sweet 16. It was his second season with the Friars.

Guard Jake Wojcik, a former Richmond player, will be in his third season for Fairfield and he’s a preseason All-Metro Atlantic Athletic Conference selection.