Figuring out what has happened to Chris Sale 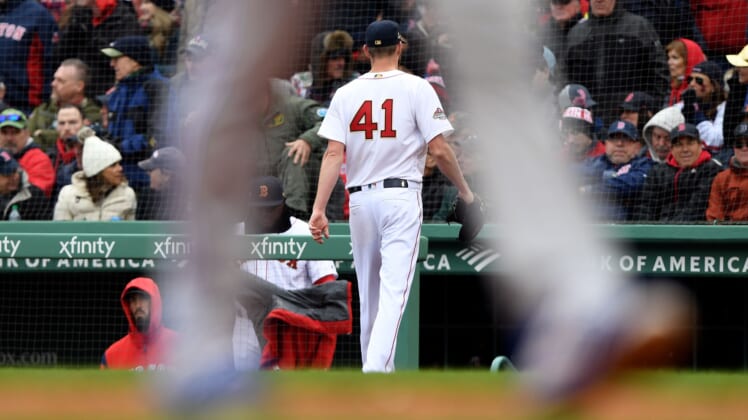 Chris Sale took the mound for the Boston Red Sox in their home opener on Tuesday. It did not go well.

The outing was short and ineffective. He allowed five runs in four innings. It was Sale’s second rough start in only three outings. This is something that, as Marly Rivera of ESPN noted, rarely happened to him over the 2017 and 2018 seasons.

The first thing to look at is Sale’s fastball velocity: It’s down, and not by a small amount.

Obviously, fastball velocity is darn important. A good fastball lets a pitcher get away with a lot more. It also makes the other pitches look much better. That said, the dip in velocity is not the only change worth mentioning.

For his first two years with the Red Sox, Sandy Leon was his primary catcher. This year, it’s been Christian Vazquez: And if we look at the last two seasons, we could have seen at least some regression coming.