Peacock to turn ‘Field of Dreams’ into TV drama 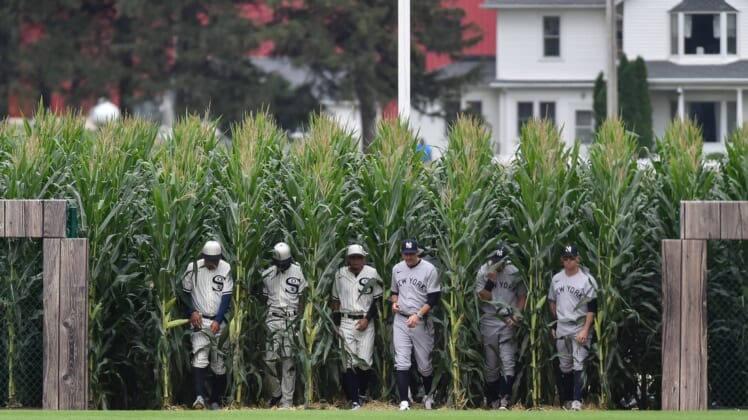 Last week’s Field of Dreams Game between the Chicago White Sox and New York Yankees in Iowa was a smashing success.

Decades after the smash hit Field of Dreams starring Kevin Costner became part of the American lexicon, MLB saw its most-viewed regular-season game since 2005. Said game ended with a banner moment as White Sox star Tim Anderson blasted a two-run walk-off homer in the bottom of the ninth into the cornfields.

It was almost as if real life and the magic of Field of Dreams came together in one defining moment. The NBC streaming service Peacock will now look to take advantage of the new-found popularity while profiting off this magic.

Peacock announced on Monday that it is creating a scripted drama while bringing Field of Dreams to the small screen.

The highly respected Mike Schur (creator of Parks & Recreation, Brooklyn Nine-Nine and The Good Place) will be the showrunner.

Field of Dreams as TV drama?

“Field of Dreams is an iconic Universal film title from venerable producers Lawrence and Charles Gordon, that we could only have entrusted to Mike Schur,” Universal TV president Erin Underhill told The Hollywood Reporter in a statement. “His talent, his love for baseball and his reverence for its themes make him the perfect choice to revisit this beloved film that evokes nostalgia and visceral emotion in so many of its fans.”

After making his name known as a writer for Saturday Night Live and The Office, Schur is considered around the entertainment world as a baseball super-fan. He’s not going to want to mess this one up.