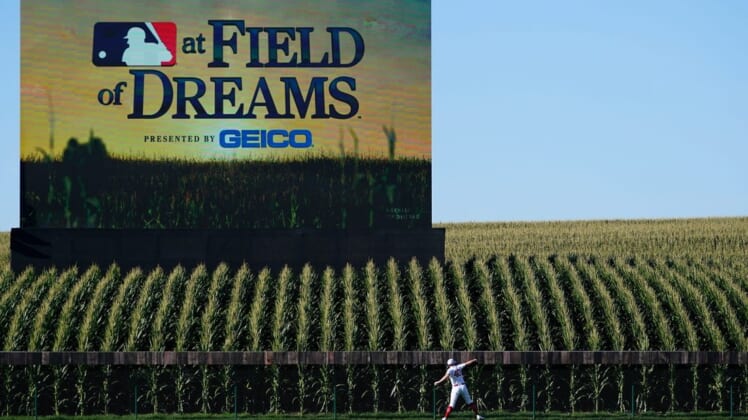 Despite drawing 3.1 million viewers, which is the largest regular-season audience this season, Fox’s viewership for this year’s Field of Dreams game was down 47 percent compared to last season’s, according to Sports Business Journal.

The inaugural game in Dyersville, Iowa, between the New York Yankees and Chicago White Sox brought in 5.87 million viewers. It also welcomed another 32,000 through Fox Deportes, while this season’s battle between the Cincinnati Reds and Chicago Cubs tacked on just 29,000 more.

The 2021 Field of Dreams game is the most-watched major league baseball game since 2005.

Viewership was once again affected by the NFL preseason, as 1.51 million people tuned into a game between the New England Patriots and New York Giants on NFL Network. New England played during last year’s Field of Dreams game as well and had an even larger audience, as 1.75 million viewers watched it square off with the Washington Commanders.

Trends also show that St. Louis fans have been among those most eager to tune in to the Field of Dreams game. In both 2021 and 2022, St. Louis has ranked in the top five markets in terms of viewership, landing at No. 5 this year after a No. 3 mark last season.

The Cubs defeated the Reds 4-2 in Thursday’s game. There are no plans to return for a game in 2023, according to Hall of Famer Frank Thomas, whose group bought the location and plans to begin massive renovations.