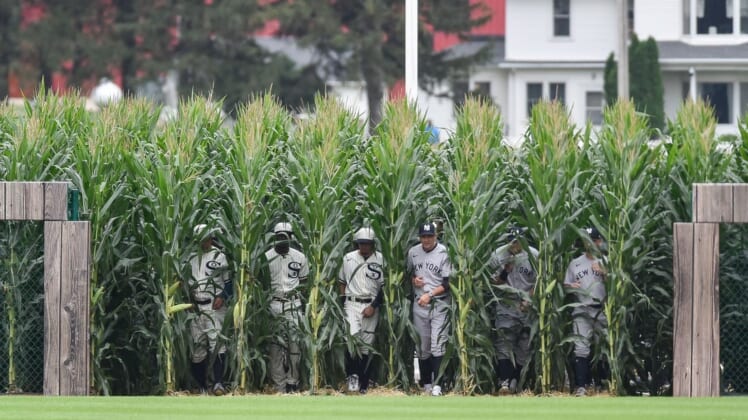 Actor Ray Liotta, who played the role of “Shoeless” Joe Jackson in the 1989 movie “Field of Dreams,” died Thursday. He was 67.

Nominated for three Academy Awards, including best picture, “Field of Dreams” told the story of Iowa farmer Ray Kinsella, played by Kevin Costner, and his interactions with Jackson and other players who were banned from baseball in the 1919 Black Sox scandal.

The movie inspired Major League Baseball to hold a “Field of Dreams” game at Dyersville, Iowa. The New York Yankees played the Chicago White Sox in the inaugural game in August 2021. A temporary stadium was built on the filming location of the movie.

The Chicago Cubs and Cincinnati Reds will play Aug. 11 in Dyersville in the second installment of the “Field of Dreams” game.

Liotta shot to stardom with his depiction of Henry Hill in the movie “Goodfellas,” which came out a year after “Field of Dreams.”

Liotta died in his sleep while in the Dominican Republic shooting an upcoming film titled “Dangerous Waters.”