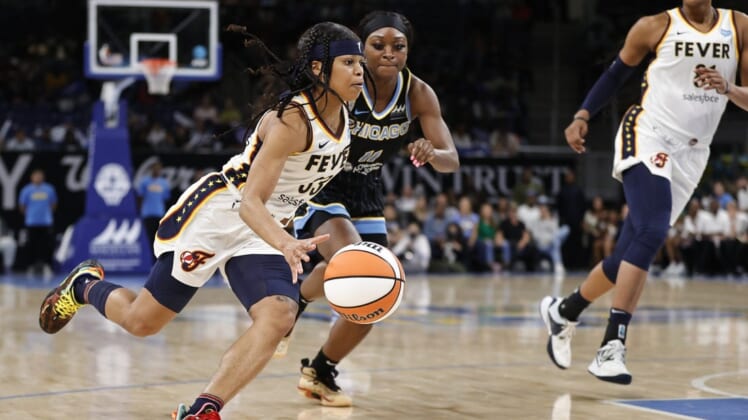 The Indiana Fever put a five-game slide behind them and will look to win consecutive games for the second time this season when they host the Washington Mystics on Tuesday night.

Indiana (3-7) ended its funk with a 101-96 home win over the Los Angeles Sparks on Friday. The victory came in its first game under interim coach Carlos Knox, who replaced the fired Marianne Stanley.

Smith, who was the second overall pick in the 2022 draft, missed the previous four games with a sprained right ankle. She is averaging 13.7 points and ranks fourth in the WNBA with 9.2 rebounds per game.

“NaLyssa Smith’s presence alone brings a tremendous amount of confidence to our team,” Knox told the Indianapolis Star. “… She plays at a very high level. Her ability to think the game, play the game, and her ability to see the game is tremendous.

“She has a great feel and we need her out there because it just adds another piece that’s very valuable for us.”

Washington (6-3) lost two of its past three games after falling 79-71 to the host Connecticut Sun on Saturday.

Two-time WNBA MVP Elena Delle Donne sat out for rest for the third time this season as the club remains committed to keeping her healthy. She played in just three games over the previous two seasons due to back issues and COVID-19 concerns.

Fourth-year pro Kennedy Burke, picked up on waivers earlier this month, had 13 points against the Sun. Burke is averaging 9.8 points despite playing just 19 minutes per game.

“She’s really helping us,” Mystics coach Mike Thibault said of the 6-foot-1 Burke after the game against Connecticut. “She’s got size to guard people and she made some threes to get us going again. She’s been a great addition to our team.”

The Mystics defeated visiting Indiana 84-70 in the season opener for both teams on May 6. Delle Donne had 21 points and nine rebounds for Washington, while Mitchell scored 18 points to lead the Fever.

Mitchell ranks second in the WNBA with a 19.0 scoring average.