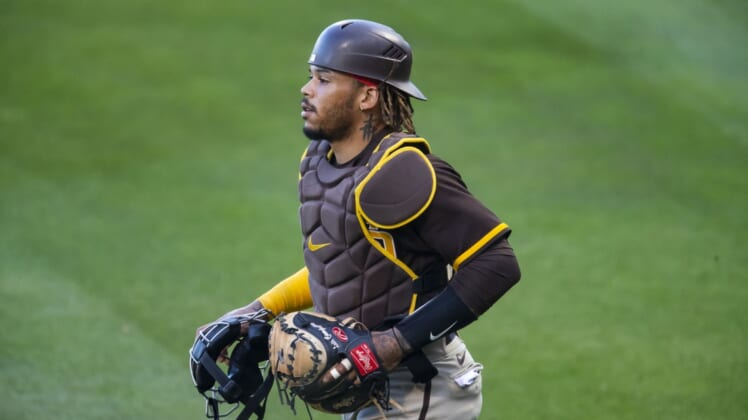 The 22-year old was pulled over while driving in Georgia last October when police reportedly found 79 grams of marijuana in his possession. The state’s limit before possession becomes a felony is just under 30 grams.

According to the report, state prosecutors will not pursue the possession charge because of a probable-cause issue with the traffic stop itself.

Campusano made the Padres’ Opening Day roster as the backup catcher behind Victor Caratini. A spot was available after starting catcher Austin Nola fractured a finger during spring training.

Campusano, who is expected to start Friday’s game against the Arizona Diamondbacks, made his major league debut in 2020. He played in just one regular-season game last season, when he collected a hit and scored two runs against the Oakland Athletics on Sept. 4.