The MMA heavyweight division is set for an infusion of energy as Fedor Emelianenko returns to competition after almost two years away.

Emelianenko (39-6 MMA) hasn’t been assigned an opponent, but the date and location are set.

It’s a Russian reunion as he’ll fight Oct. 23 at VTB Arena in Moscow, according to an announcement from Bellator on Friday. Emelianenko was born in Rubizhne, Ukraine, a little more than 500 miles from Moscow.

Emelianenko, 44, last fought in a December 2019 victory over Quinton Jackson at Bellator 237. 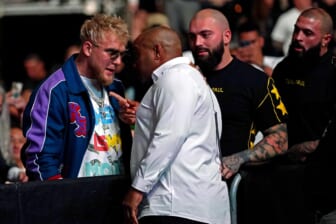 His vast collection of fights includes wins over Chael Sonnen and Frank Mir as well as a knockout loss to Ryan Bader.

On Friday, Emelianenko told MMA Junkie he and Bellator will talk about the candidates to be his opponent.