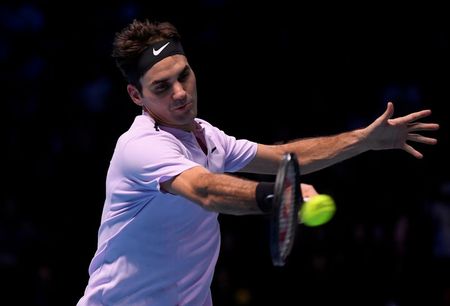 Roger Federer said he is on target to play in the Australian Open in January after two knee surgeries sidelined him for most of 2020.

The 39-year-old Federer hasn’t played since Jan. 30, when he lost to Novak Djokovic in straight sets in the tournament in Melbourne.

“I’m on the right track,” he told Schweizer Illustrierte, a magazine in his native Switzerland.

“I’m gradually coming back but I’m going to take my time and don’t want to put any pressure on myself. I will only take part in a tournament when I am 100 percent fit.”

He said he is working to rebuild his strength and stamina, doing so without pain.

Federer has 103 career titles, including 20 Grand Slam victories — a record Rafael Nadal tied with his 13th French Open win on Oct. 11. Federer has won the Australian Open six times, most recently in 2018.