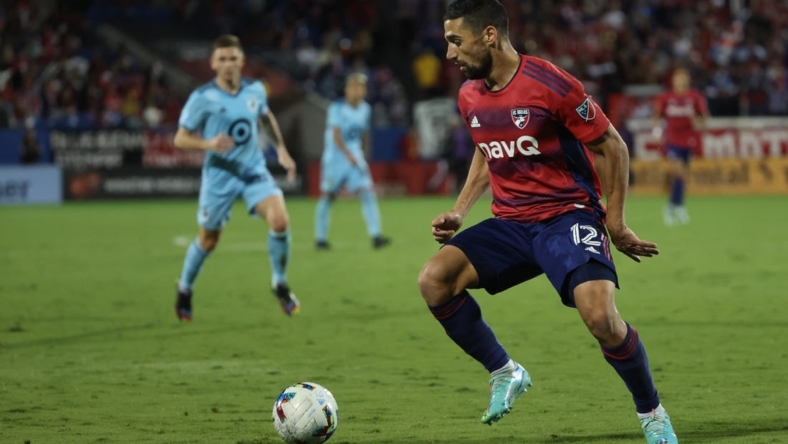 FC Dallas signed midfielder Sebastian Lletget to a new three-year contract on Monday. Financial terms of the deal, which includes a club option for 2026, were not disclosed.

The 30-year-old joined Dallas in August in a trade from the New England Revolution. Before that, he had spent the previous seven seasons with the Los Angeles Galaxy.

In for Da long-term.

The Galaxy traded him to the Revolution during the offseason.

Lletget, who spent time in England developing in the West Ham United academy, has made 33 appearances for the U.S. men’s national team, scoring eight goals and two assists in international play.

“Signing a new contract here at FC Dallas means the world to me and my family,” Lletget said in a news release. “Since the moment I touched down in Dallas, the fans, the staff, my teammates have all just welcomed me with open arms. I trust what is being built here and I want to be a huge part of it. I want to help this club become one of the best, and I truly believe that we will. This is the start of an exciting time.”