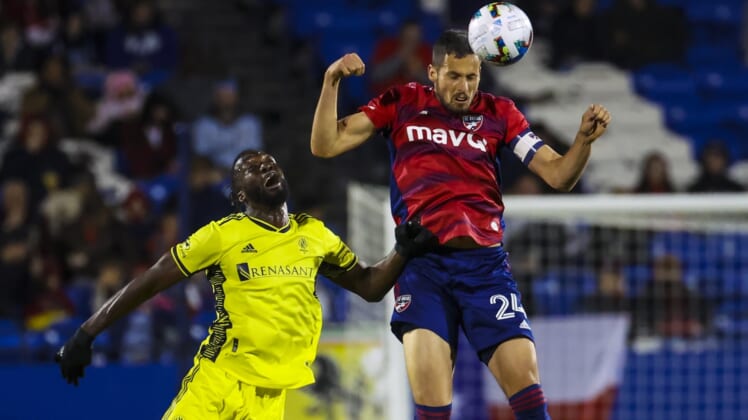 Franco Jara and Alan Velasco each scored goals within the final five minutes of regulation to lift host FC Dallas to a 2-0 victory over Nashville SC on Saturday night in Frisco, Tex.

The quick flurry of offense came when Jara, who made his season debut in the 79th minute as a substitute for Paxton Pomykal, converted a penalty kick in the 85th minute.

Then in the 87th minute, a spectacular individual effort from Velasco gave Dallas its second score and put the game away.

Jara drew the honors on the PK just moments after Paul Arriola drew a foul when he was knocked down inside the 18-yard box by Nashville defender Jack Maher. After a brief review to confirm the call, Jara stepped up and fired a low shot into the far corner as Nashville goalkeeper Joe Willis (two saves) guessed incorrectly and dove to the opposite end.

Velasco would later gain possession around midfield and keep his dribble while going stride for stride with a Nashville defender into the box. Velasco then turned his body and lifted a shot with his left foot which arched over the reach of Willis and just under the crossbar and into the goal.

Dallas, which had scored only one goal in a 1-1 season-opening draw with Toronto, outshot Nashville 13-5 overall and had five shots on goal. Nashville did not muster a single shot on net.

FC Dallas put the pressure on early with two excellent shots on goal in the first half. Jesus Ferreira missed right in front of Nashville’s goal in the 17th minute after a solid cross from Jader Obrian. Brandon Servania snuck a roller on target late in the first half, but Willis got a hand on it to deflect it wide.