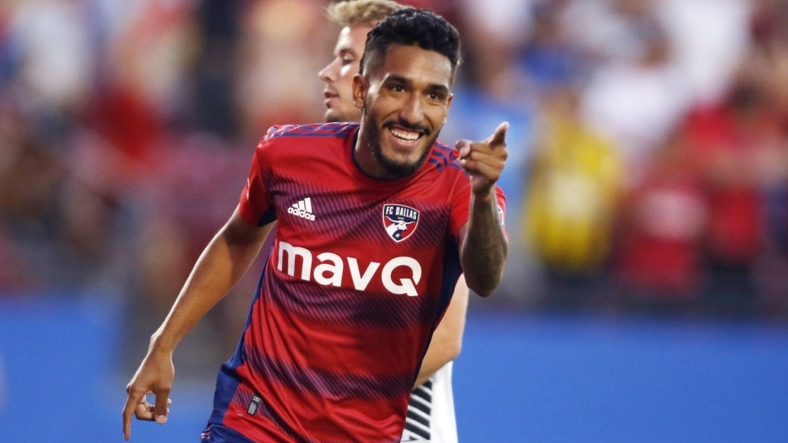 FC Dallas seek to strengthen their hold on playoff position when they host Real Salt Lake on Saturday at Frisco, Texas.

FC Dallas (11-8-9, 42 points) head home after a 4-0 loss in Nashville SC on Wednesday that snapped a two-game winning streak. The loss marked the first time in nearly three years that Dallas dropped a game by at least four goals.

Dallas has been efficient at bouncing back this season, with its only consecutive defeats coming in May. The club heads to the weekend in third place in the Western Conference, six points behind second-place Austin FC and a point up on Minnesota United with six games to play.

“We had three games this week – we got six points,” Dallas defender Emu Twumasi said. “The main goal was to get nine points but unfortunately, we came up short. We have to regroup and focus on the next one. We’ve got a big game coming on Saturday, so we’ve got to shift our attention to that one.”

Leading scorer Jesus Ferreira will be back in action for Dallas after missing the Nashville game because of yellow-card accumulation. Ferreira has 15 goals with five assists, contributing to 51 percent of the team’s goals.

Real Salt Lake are just 2-4-4 over their past 10 games that included a 1-0 home loss to Dallas in July. RSL’s two wins over that stretch is tied for the worst mark in the league.

A great beginning to the season has RSL (10-8-8, 38 points) still in fifth in the West, two points ahead of Nashville with eight matches to play.

Real Salt Lake’s most recent test was a 1-1 tie at home with the Vancouver Whitecaps on last Saturday. Sergio Cordova scored RSL’s goal (his third in three games) but the teams split the points when Vancouver scored the tying tally in the 87th minute.

“We’re a good team, we have good players, we just have to find results and we’re going to find results multiple different ways as the end of the stretch comes up,” RSL goalkeeper Zac MacMath said. “The fact that we got the lead and could’ve won two games in a row like that, it would’ve been massive not just for the standings, but also for our confidence going forward.”