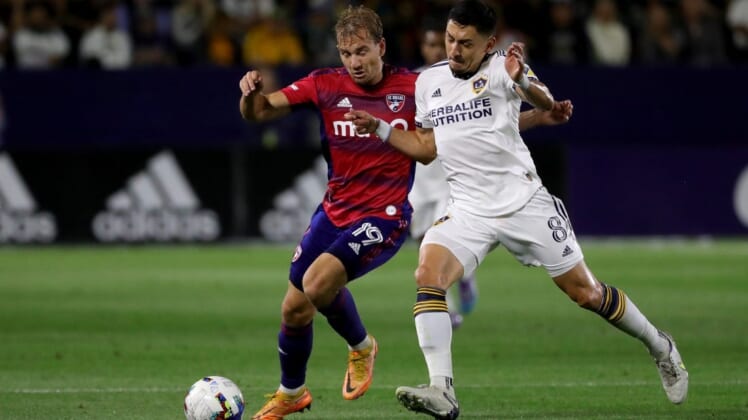 It has been nearly seven years since FC Dallas won six consecutive home games in a single season.

Meanwhile, it only seems that long since Minnesota United FC won an MLS game — anywhere.

Trying to bounce back from their first league defeat in two months, FC Dallas aim to remain unbeaten at home this season when they host Minnesota on Sunday night.

Prior to Wednesday’s 2-1 loss at Vancouver, FC Dallas (6-2-4, 22 points) last experienced an MLS defeat on March 5 at New England.

FC Dallas would seem in good position to rebound at home, where they have outscored their opponents by a 13-3 margin, while posting a 5-0-1 record. They also won five straight at home in a single season for the first time since a six-game run (including the playoffs) spanning August-November 2015.

“We will prepare as much as possible to get the three points at home against Minnesota United,” FC Dallas coach Nico Estevez said.

Trying to contain that pair could prove to be a chore for Minnesota (4-5-3, 15 points), which has been outscored 7-2 during an 0-3-1 rut. However, Minnesota should have some confidence after ending its season-high three-game league losing streak with Wednesday’s 1-1 home draw versus the Los Angeles Galaxy.

“It’s on us to win,” Minnesota defender David Taylor said. “It’s not time to wait for other results or other people. We have to hold ourselves accountable.

“We’re gonna go to Dallas and we’re going to get these three points.”

Robin Lod, who scored Minnesota’s equalizer in the 87th minute against the Galaxy, has notched four of his team-leading five MLS goals over his last five MLS games.