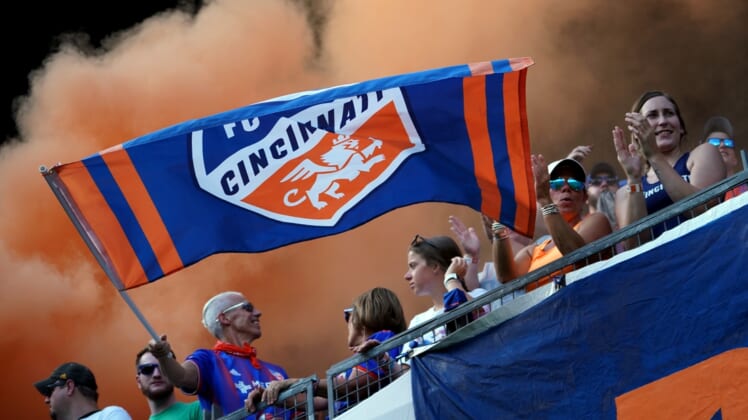 Jul 21, 2019; Cincinnati, OH, USA; A fan of FC Cincinnati waves a team flag in support prior to the game against the New England Revolution at Nippert Stadium. Mandatory Credit: Aaron Doster-USA TODAY Sports

“We have been working to add a winger that provides a different playing profile than the players that are currently on our roster,” Cincinnati general manager Gerard Nijkamp said in a release. “Isaac is a player that attacks the opponent with pace and will create goal scoring opportunities by getting in behind the defense. We’re excited for Isaac to join our club and look forward to welcoming him to Cincinnati.”

Atanga scored five goals in 19 appearances (10 starts) this season in the Danish Superliga. He has 12 goals and five assists in 58 career appearances across all competitions for FC Nordsjaelland.