FC Cincinnati out to make franchise history against CF Montreal 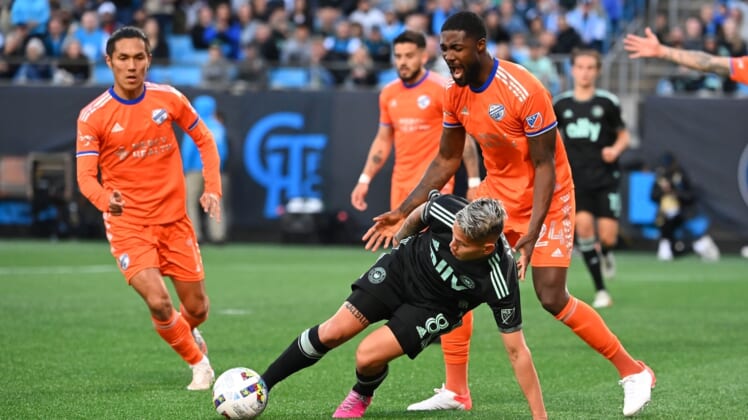 FC Cincinnati have a chance to bounce back from a frustrating defeat by winning consecutive home games for the first time in club history.

And, in the process, keep CF Montreal (0-3-1, 1 point) winless on the season when the sides meet Saturday in Cincinnati.

After winning 2-1 at Orlando City SC and beating Inter Miami CF 3-1 at home, Cincinnati (2-3-0, 6 points) was in position to post three straight victories for the first time in franchise history. However, a disjointed showing at expansion Charlotte FC last weekend resulted in a 2-0 defeat.

While Cincinnati didn’t achieve that milestone, it can still win back-to-back home contests for the first time in the four-year MLS history of the franchise — if it can wake up an offense that’s been shut out three times this season.

“We need to be more aggressive in how we look to attack, and send numbers forward,” Cincinnati coach Pat Noonan said. “Looking to win the ball higher up the field and play closer to our opponent’s goal.”

Cincinnati’s Brandon Vazquez is tied for the MLS lead with four goals, but the club doesn’t have injured left back Ronald Matarrita (one goal, two assists in two 2022 MLS games) to help out. Matarrita is out with a foot injury.

Cincinnati has a 3-1-1 record all-time vs. Montreal, which is the only club it has beaten at least three times.

Montreal, however, is trying to avoid going winless in its first five contests for the first time since 2017. It had two weeks to move on, and potentially regroup, after blowing a late 3-1 lead at 10-man Atlanta United FC, which resulted in a 3-3 draw on March 19.

“We all have to take a big look at ourselves in the mirror and figure out what’s going on — myself included,” Montreal forward Djordje Mihailovic told The Montreal Gazette.

“It’s better to do this now, before it’s too late.”

Mihailovic has one of Montreal’s five goals recorded by five different players.

Off the pitch this week, Montreal named former defender Gabriel Gervais as club president and CEO.