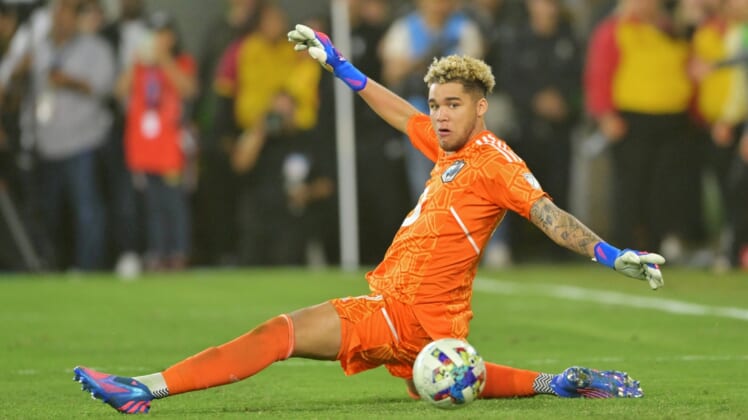 Brandon Vazquez scored in the third minute of stoppage time to give visiting FC Cincinnati a 1-0 victory over Minnesota United on Saturday night in Saint Paul, Minn.

Vazquez redirected a crossing pass by Calvin Harris from the right side of the box with his left foot into the middle of the net for the winner. FC Cincinnati (5-5-1, 16 points) won their third consecutive game for the first time in franchise history.

Roman Celentano made five saves to pick up his second shutout of the season.

Minnesota had the edge in possession in a scoreless first half but it was FC Cincinnati that had the better scoring chances.

St. Clair had to make a highlight-reel save on Luciano Acosta in the 16th minute, making an outstretched finger-tip save on Acosta’s right-footed shot from the center of the box.

Two minutes later, Vazquez took a through pass from Acosta and fired a left-footed shot from the left side of the box that bounced straight out off the far post.

Minnesota’s best chance came in the 28th minute. Bongokuhle Hlongwane took a through pass from Emanuel Reynoso near the left edge of the six-yard box but Celentano blocked his sharp-angle try.

St. Clair had to come up with another big save just before halftime when he came out and made a point-blank leg save on a shot from the center of the box by Dominique Badji.

Reynoso had two good scoring chances in the second half, the first on a curling left-footed shot from the right corner of the box that just grazed the crossbar in the 56th minute. Seventeen minutes later, Reynoso fired a free kick from just outside the box that Celentano caught.