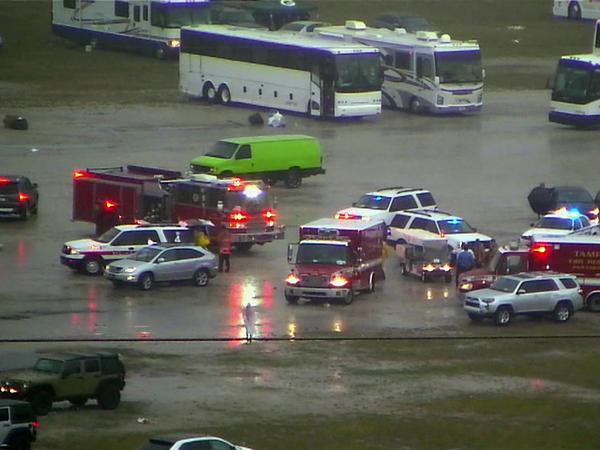 Some horrible news right here. According to multiple reports, between five and seven people were struck by lightning following the Tampa Bay Buccaneers game against the Green Bay Packers at Raymond James Stadium in Tampa.

Reports indicate that a major lightning strike hit these innocent bystanders in the parking lot of Raymond James Stadium.

UPDATE: At least 6 people will be taken to St. Joseph's Hospital. There are no fatalities at this time…More to come pic.twitter.com/F3aSecgeGB

There is no other information available at this time, but the lightning strike looked severe.

We will have more updates as they become available.

Update: The number of injured is up to 11.

Seven were taken to the hospital, while others went themselves. At this point, there are no reports of fatalities.