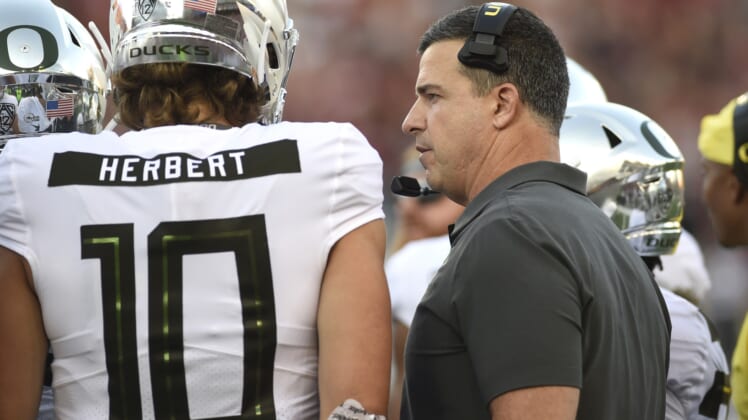 The Oregon Ducks spent months preparing for a top-25 matchup against the Auburn Tigers on national television. It appears all that time to prepare clearly wasn’t enough for their offense.

Quarterback Justin Herbert took the field for the first offensive series before the game. Unfortunately for Oregon, its offense seemed unprepared for the moment as the seconds ticked away and the Ducks were forced to call a timeout to avoid a delay of game.

The early blunder on offense even had people already questioning if they made the right pick.

That probably isn’t how Oregon drew up their season starting. Now the fan base just has to hope it isn’t an omen of what’s coming this season.