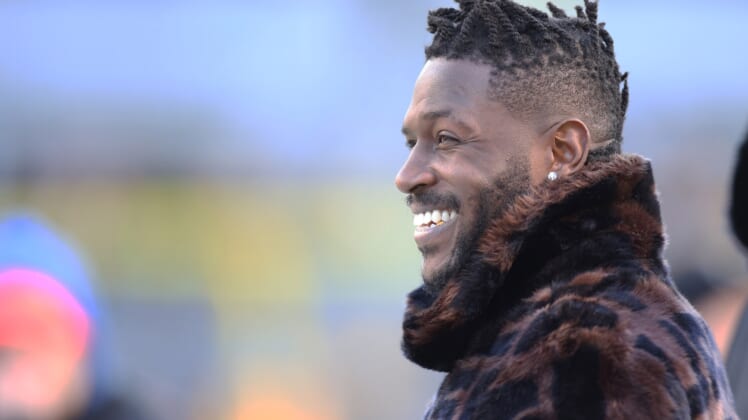 Brown’s comments come in response to Arians calling Brown a “diva.” The receiver also addressed comments made by former teammate Emmanuel Sanders regarding Brown’s current situation with the Steelers.

As such, Sanders has fired back.

Nah bro, I don’t clout chase. I’m too real for that. I was a analyst last year on NFL network as well during the playoffs. Preparing for post football. RT @aaronmunozz: @ESanders_10 @mikefreemanNFL @AB84 Sanders know damn well they called him because they wanted an opinion on AB

@AB84 Still A Goat Tho. Wherever he goes, business still gonna be boomin.

Any chance you’d be interested in a sam darnold? Bell and you back together in NY?

Well I for one am going to miss you bro ?

Sanders and Antonio Brown beefing but one has a ring and the other doesn’t ?