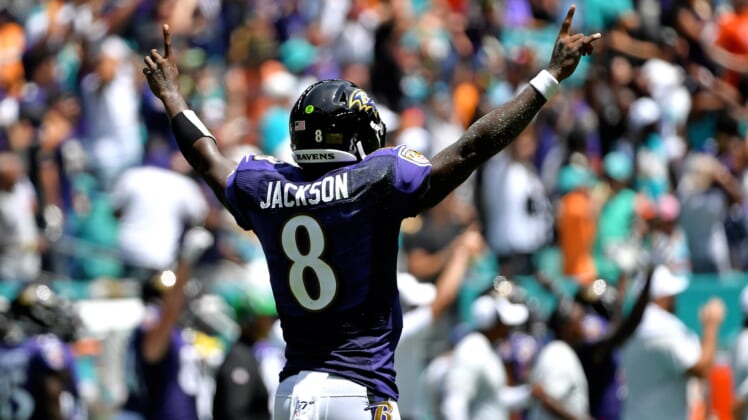 The Baltimore Ravens are in Los Angeles for their Monday Night Football matchup against the Rams, and Lamar Jackson got a royal welcome walking onto the field at Los Angeles Memorial Coliseum.

As Jackson went onto the field for pre-game warmups, he was greeted by fans chanting “MVP!”

Now, it’s not like the stadium was packed and everyone there was chanting for Jackson, but it’s still pretty telling how many people are there to watch and cheer for Jackson and the Ravens.

Remember, this is a venue that regularly features more fans cheering for the opposing team compared to the fans who are there for the Rams.

However, if Jackson can pull off the same type of performance Monday night that has the Ravens at 8-2 this season, chances are those “MVP!” chants will only get louder and louder as this season moves toward its conclusion. Both on the road and at home.