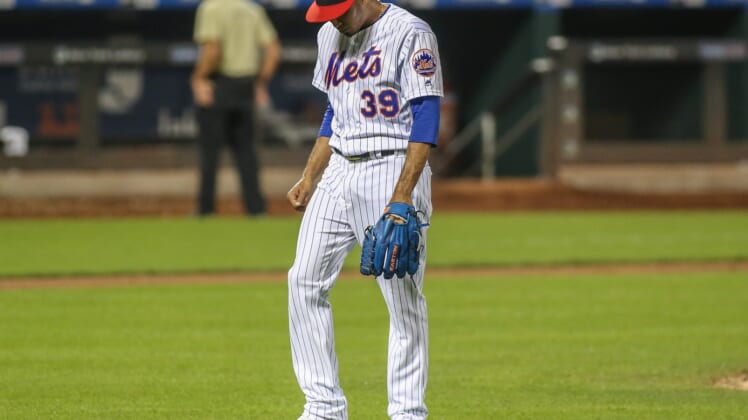 The New York Mets seemed to have it all going for them Tuesday night against the division-rival Washington Nationals. New York dropped five runs in the top of the ninth inning to take a seemingly insurmountable six-run lead.

It’s a game the Mets needed to have in the nation’s capital. They entered Tuesday’s action at 70-67 and four games out of the final wild card spot in the National League.

What followed pretty much defines the ups and downs that New York has gone through this season. After a stellar seven-inning appearance from starter Jacob deGrom, reliever Seth Lugo pitched a perfect eighth inning.

Unfortunately, the Mets’ bullpen issues came back to haunt the team in the ninth inning. Three difference pitchers combined to give up seven runs on seven hits, culminating in a three-run walk-off homer from Kurt Suzuki off Mets closer Edwin Diaz.

This has to be considered the worst loss of the Mets’ season. Needless to say, reactions around the baseball world showed us that and a whole lot more.

It started with a simple tweet from the Mets paying homage to their five-run ninth inning.

We can go on record saying this didn’t age too well.

Way to kick the team when its down, Nats.

Though, it seemed to snowball from there.

No one can ever say this season’s version of the Mets has not been entertaining.