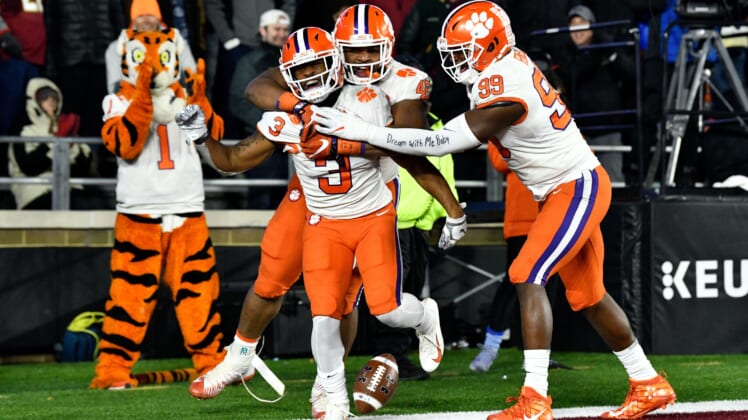 The matchup between undefeated Clemson and undefeated Notre Dame seemed like an even one after the first quarter ended in a 3-3 tie.

Things started to unravel quickly in the second quarter for the Fighting Irish as Clemson wide receiver Justyn Ross torched them for a 52-yard and 42-yard scores.

When Tee Higgins hauled in a pinball touchdown right before halftime to give the Tigers a 23-3 lead, it quickly became clear that this was in no way an even matchup.

As the domination continued into the second half, many fans and analysts on Twitter couldn’t help but take shots at the four-team playoff system and the underwhelming Cotton Bowl matchup between Clemson and Notre Dame.

They kept Ohio State out of the playoffs for this? SMH

Notre Dame absolutely belonged in the playoffs. So did Georgia. So did Ohio State. A four-team playoff makes no sense to me and it shouldn't make sense to you either.

Herein lies the problem with CFB Playoff: Notre Dame goes undefeated, but does not possess anywhere near enough team speed and athletes to be legit contenders. Does UCF have them? Maybe, maybe not. But Georgia does. So too does Ohio State. Even Florida does. System still flawed.

While many were quick to criticize the committee, the system and Notre Dame, some also pointed out that the Buckeyes might not have been much better.

Should we bring up the fact that Ohio State lost to Purdue by more than ND is losing to Clemson now or later https://t.co/pTd4gZeIu8

Ohio State fans complaining that they aren’t in one of these games need to take off the scarlet colored glasses and sit down pic.twitter.com/ifYp5fnv5k

The bottom line is that most people are still extremely unsatisfied with the way college football championships are decided.