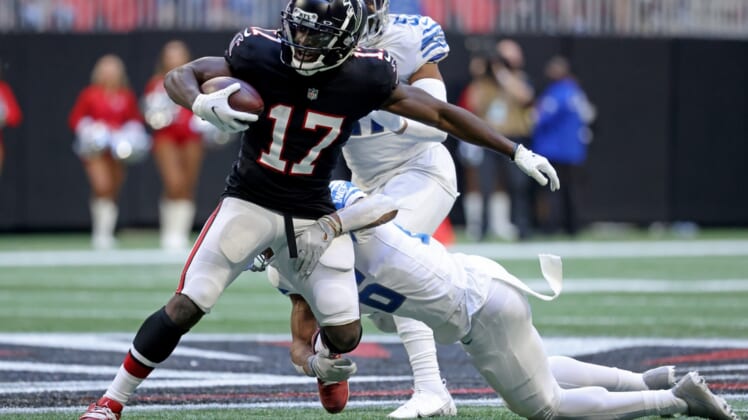 Financial terms were not disclosed by the team, which tendered the restricted free agent in March.

The Falcons’ receiver room has been in flux given Calvin Ridley is suspended for the 2022 season and Russell Gage signed with the NFC South-rival Tampa Bay Buccaneers in free agency. Atlanta has since signed Damiere Byrd, KhaDarel Hodge and Auden Tate to join Frank Darby, Chad Hansen and Austin Trammell on the depth chart.

He has 54 catches for 795 yards and five scores in 38 career games with the Falcons.