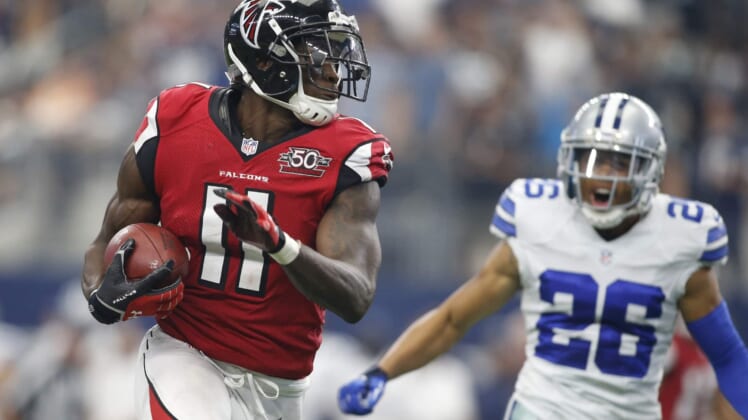 Atlanta Falcons wide receiver Julio Jones injured his toe during the team’s NFC Divisional Playoff win over the Seattle Seahawks this past weekend. He did not return to the field after suffering the injury.

While the expectation is that Jones will be ready in time for Sunday’s NFC Championship game against the Green Bay Packers, the All Pro receiver did miss practice on Wednesday

Let’s be clear here. There’s very little reason to believe Jones will sit out one of the biggest games in Falcons history. He could, however, find himself limited against a weak Packers pass defense. In reality, that could play a huge role in the outcome of Sunday’s game.

It’s going to be interesting to see just how Jones progresses from a practice standpoint moving forward to the latter part of the week. If he’s still limited or out of action, it could speak to the star receiver struggling to make an impact come Sunday.

Despite dealing with multiple injuries during the regular season, Jones still tallied 83 receptions for 1,409 yards in 14 games.