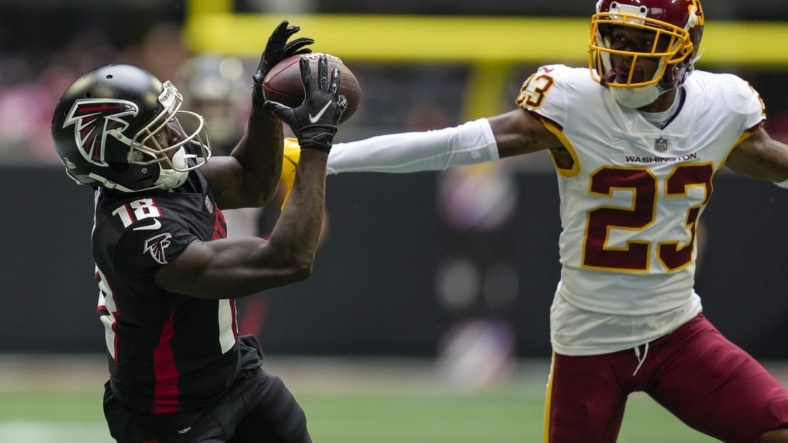 Suspended Falcons wide receiver Calvin Ridley is among the victims of an alleged gang-related crime spree in the Atlanta area, the district attorney said.

On Monday, Willis unveiled a 220-count indictment that a grand jury handed up last week that charges 26 alleged members of the Drug Rich gang with a breaking into homes and carrying out burglaries in Fulton County over the past year. She said the homes of athletes, entertainers, social media influencers and those who display their luxuries on social media were ripe for crime.

Willis said Drug Rich members have committed a string of violent crimes in addition to home invasions, including kidnappings and armed robberies. The homes of Ridley and Guzan were broken into, she said.

“What they do is target people who show their wealth on social media,” she said. “So I do have a message for the public: Where it is kind of fun to put your things on social media and show off, unfortunately these gangs are becoming more savvy, more sophisticated in the way that they target you.”

He is suspended indefinitely for gambling on NFL games last season. His suspension will last through at least the 2022 season.