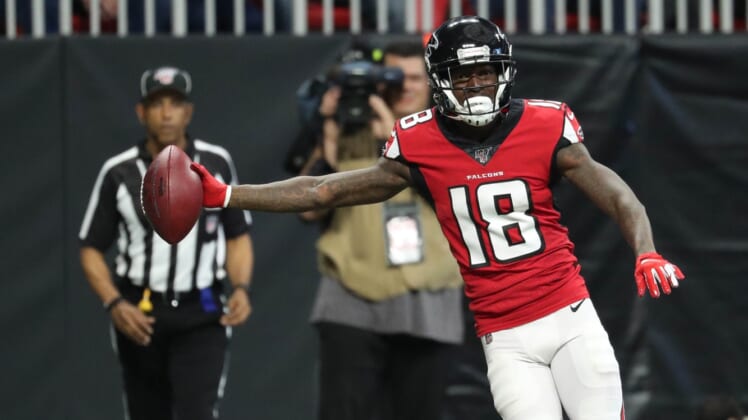 Even after a blowout 40-20 win over the Carolina Panthers on Sunday, the Atlanta Falcons are pretty much playing out the string in what has been a lost season for the team.

That’s now going to include Atlanta being without star second-year receiver Calvin Ridley for the remainder of the season. Ridley took to Instagram on Monday to announce that he’s going to miss the final three games with an abdominal injury.

Ridley exited Sunday’s win over the Panthers after catching all five of his targets for 76 yards and a touchdown.

After initial struggles to open the season, the former first-round pick has been on a roll recently. Ridley, 24, ends his sophomore campaign having put up 63 receptions for 866 yards and seven touchdowns.

He joins fellow star, cornerback Desmond Trufant, on the shelf for the remainder of the season.