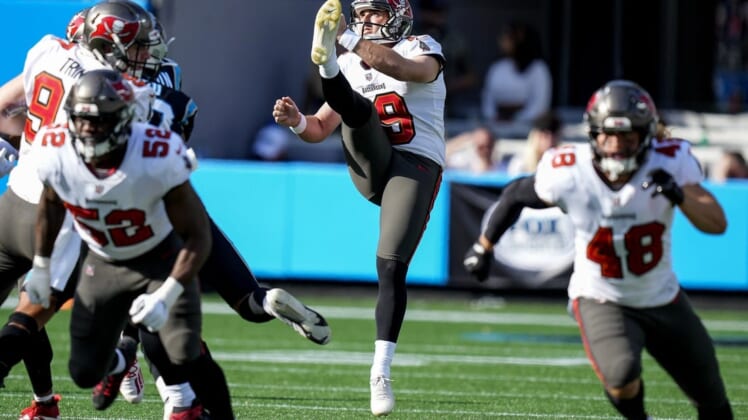 The Atlanta Falcons signed Bradley Pinion to a contract on Thursday, just over one week after the punter was released by the Tampa Bay Buccaneers.

Terms of the deal were not disclosed by the Falcons.

Pinion, 28, is expected to battle Dom Maggio and Seth Vernon for the job in Atlanta.

Pinion averaged a career-low 42.5 yards per kick last season with the Buccaneers.

Pinion spent his first four seasons with the San Francisco 49ers after the team selected him with a fifth-round pick during the 2015 NFL Draft.

He signed with the Buccaneers as an unrestricted free agent in 2019 before being released on June 22, nearly two months after Tampa Bay selected Georgia punter Jake Camarda in the fourth round of the 2022 NFL Draft.