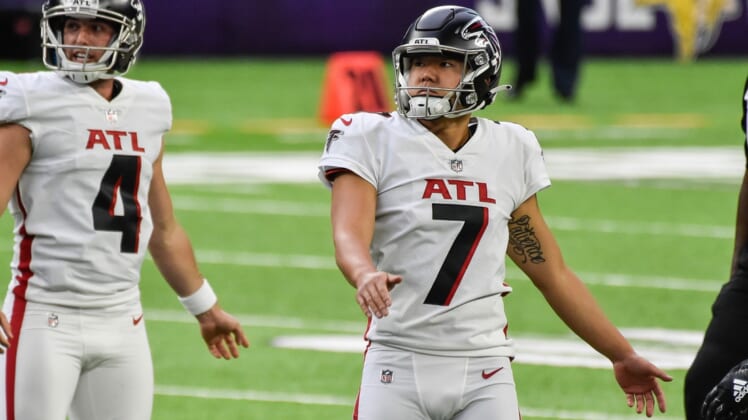 Koo, who was born in South Korea before moving to Ridgewood, N.J. at the age of 12, voiced his thoughts on social media.

“I am deeply saddened by the events that took place in Atlanta yesterday and although there is no definitive answer yet on what this investigation will bring, I feel now is the time to address the rise in hate crimes against ALL races over the last few years,” Koo wrote on Instagram. “As an Asian American, I have heard the jokes and name calling. I often dealt with it by ignoring what was said and minding my own business.

“I don’t have all the answers, but I realize now more than ever that this is an issue that needs to be addressed and that ignoring it won’t help us do that. I know this one post won’t solve the problem, but I hope to help raise awareness on hate crimes against all. #stophate”

The Falcons, in turn, shared the Pro Bowl kicker’s post on Instagram to their social media accounts.

Robert Aaron Long, 21, faces four counts of murder and one count of assault in a shooting at a massage parlor in Cherokee County, Ga. The other victims were killed at two spas in Atlanta. Four of the women killed were “of Korean ethnicity,” according to South Korea’s foreign ministry, via CNN.

“What happened last night in our hometown of Atlanta leaves me heartbroken for all the victims and their families,” Blank said. “The rise in violence and hate, specifically towards the Asian American and Pacific Islander community, is inconceivable, unacceptable and cannot be tolerated.

“I, my family and our family of businesses stand against all forms of hate, racism and violence and will continue to work toward a just and united community that rejects the ideologies creating such divisiveness.”