Falcons’ Jake Matthews leaves for birth of child, to play vs. Panthers 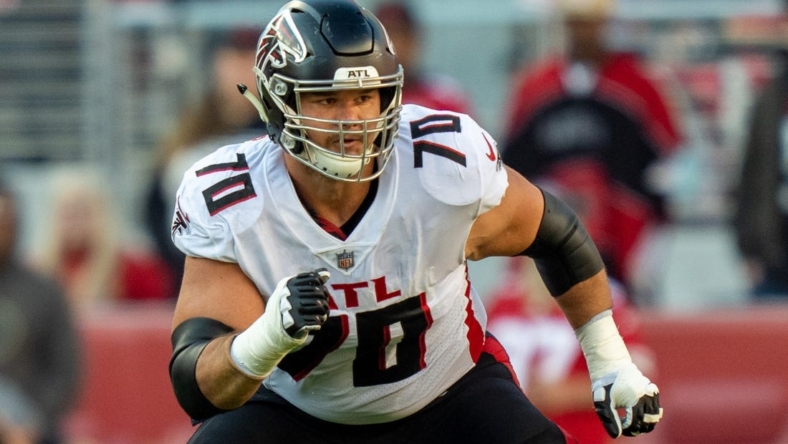 Atlanta Falcons left tackle Jake Matthews is expected to play in Thursday night’s road game against the Carolina Panthers after leaving the team for the birth of his son.

Matthews, 30, flew from Charlotte, N.C., to the Atlanta area on Thursday morning after his wife, Meggi, went into labor.

The baby was born in the afternoon so the Falcons began working on getting Matthews back to the team before game time.

I’m told Falcons owner Arthur Blank is picking him LT Jake Matthews in Gainesville, Ga and bringing him with him to Charlotte. He is expected to play tonight vs. Panthers.

Blank & Falcons sparing no resources to make sure Matthews got to see his 1st child born. What a day. pic.twitter.com/eZw68AZlgp

The NFL Network reported that Falcons owner Arthur Blank was sending his private plane to Gainesville, Ga., — located about 50 miles northeast of Atlanta — to pick up Matthews and bring him to Charlotte.

Matthews has missed just one game in his nine-year NFL career and that absence was in Week 2 of his rookie season in 2014. He has since played in 141 consecutive games, counting five postseason contests.

Matthews was a Pro Bowl selection for the Falcons in 2018. He was the sixth pick in the 2014 NFL Draft out of Texas A&M.

He is the son of Pro Football Hall of Famer Bruce Matthews, a 14-time Pro Bowl offensive lineman who played for the Houston Oilers/Tennessee Titans from 1983-2001.