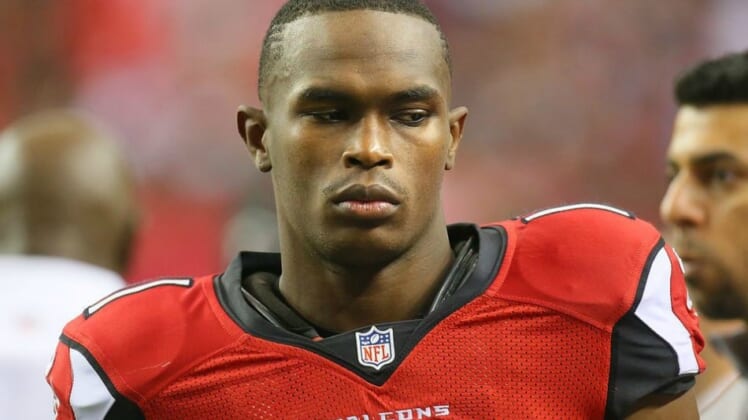 The Atlanta Falcons announced Monday afternoon that star wide receiver Julio Jones informed the team he will hold out of mandatory minicamp. Jones and the Falcons are currently embroiled in contract talks at this time.

“We have been in contact with Julio and his representation,” general manager Thomas Dimitroff said in a statement on the teams’s website. “We will not discuss those conversations publicly except to say we feel they have been productive and constructive. We understand the concerns and thoughts from their perspective.  Although not ideal, Julio informed us today he would not be attending mini-camp.

“We have much respect for him and what he means to our team, our city and our fans.”

Jones recently made waves when he made some drastic changes to his social media accounts that had Falcons fans freaking out.

Since then, he’s made it clear that he wants to be a Falcon for life. However, it’s clear at this point that he isn’t going to risk his health without a new deal that includes some big guarantees.

If Jones were to play out the 2018 season on his current deal, his base salary would be $10.5 million, which is far below his market value. That said, the Falcons have Jones locked up for three years, so he doesn’t have a ton of leverage in this situation.