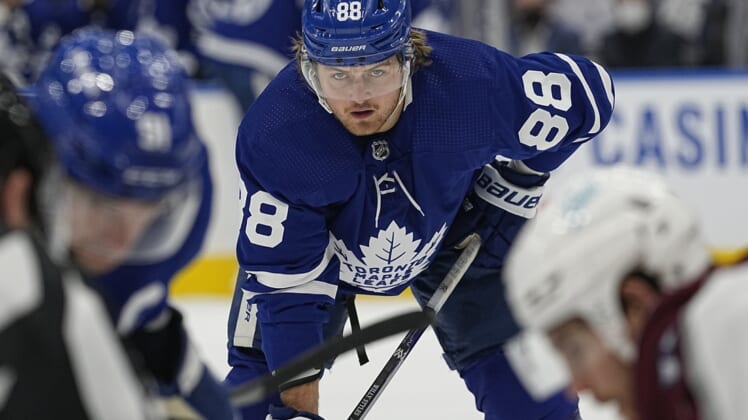 The Toronto Maple Leafs added forward William Nylander to their growing COVID-19-protocol list Friday, bringing the total number of sidelined players up to 13.

In addition to the on-ice personnel, the Leafs also have head coach Sheldon Keefe and two assistant coaches in protocols.

Other Toronto players on the COVID list include captain John Tavares, defenseman Morgan Rielly and goaltender Jack Campbell. Rielly was placed on the list Thursday.

The NHL is currently shut down until Dec. 28 as it deals with the current COVID-19 outbreak. The Maple Leafs are next scheduled to play Wednesday at Pittsburgh.

To make up dozens of games that have been postponed this month, the NHL decided it will not send its players to the upcoming Beijing Winter Olympics and the league will make up games during that Feb. 6-22 time window.