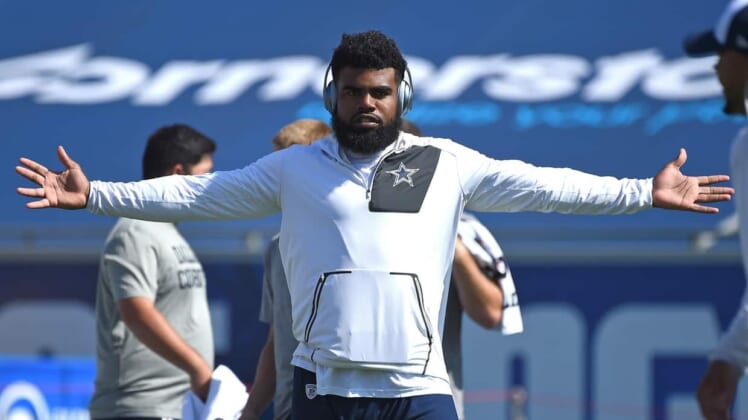 Ezekiel Elliott surprised the heck out of Jason Garrett and the Dallas Cowboys last week when he became a training camp holdout. Looking for a contract extension, Elliott has decided to apply leverage, and now that he’s not in camp he’s reportedly taking a trip down south.

How far down south? According to Kevin Turner of The Athletic, Elliott is headed to Cabo San Lucas, Mexico.

This is a familiar place for Elliott, who spent time in Cabo during his six-game suspension to open last season. Though, the Cowboys have to hope Elliott doesn’t engage in some of the activities he dove into last summer.

What this clearly shows is that Elliott is settling into his holdout, apparently content to wait it out for the long haul. Whether this moves the needle as far as any contract negotiations with Dallas remains to be seen. The latest reports on this were not positive.