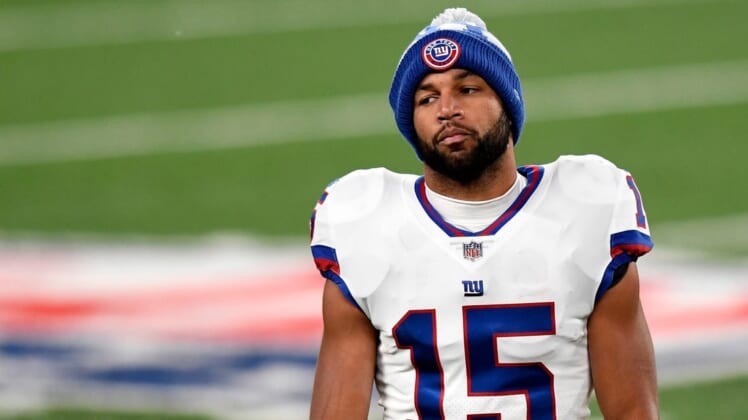 Golden Tate, a former Super Bowl winner with the Seattle Seahawks, is taking up another sport in Washington state.

The ex-wide receiver signed with the Port Angeles Lefties and is set to play outfield for the team in the West Coast League, a summer circuit primarily manned by active college baseball players.

Tate, 33, played football and baseball while at Notre Dame before embarking on an 11-season NFL career.

“I am extremely thankful for the West Coast League and the Port Angeles Lefties for allowing me to join the league,” Tate said in a statement. “Baseball was my first love as a child, I’m excited to get the opportunity to compete against some of the best collegiate players in the country. I look forward to having a lot of fun and exploring baseball more.”

Lefties team owner Matt Acker said in a statement, “Having an elite athlete around, one who’s competed on the world’s biggest sports stage, is special. His passion for this sport, plus his competitiveness, work ethic, humility and desire will be contagious to our players and opponents. We see this as a unique opportunity for the Port Angeles Lefties, the West Coast League and for Golden.”