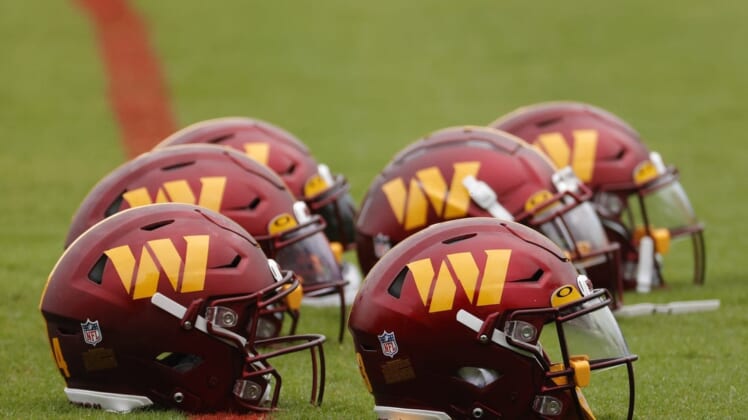 The Drug Enforcement Agency raided Washington’s team headquarters in Ashburn, Va. last October in connection with their investigation into Vermillion, who was fired by the Commanders on Friday. He stands accused of giving NFL players oxycodone without a prescription.

Vermillion agreed to deferred prosecution, meaning the charges against him could be dropped if he complies with the court’s conditions over the next 12 months.

The NFL also suspended Vermillion indefinitely. Until Friday, he had been on administrative leave with the team.

According to the U.S. Attorney’s office statement of facts, prosecutors said Vermillion only distributed the painkillers to players who sustained football-related injuries and he did not receive any financial benefits on the side from doing so.

However, Vermillion is not a licensed physician and was not legally authorized to prescribe medication. The Commanders have two physicians who could have prescribed oxycodone to players if they deemed it necessary. Vermillion allegedly had one of the team physicians’ prescribing pads, per prosecutors.

Vermillion worked for the Carolina Panthers for 18 seasons. When former Panthers head coach Ron Rivera took the same position in Washington in 2020, he brought Vermillion along.

“For many years, I’ve seen firsthand the positive impact Ryan has on a team,” Rivera told the team website at the time. “His primary focus has always been the health of the players and he is going to be a tremendous addition to the Redskins.”

Rivera released a statement about Vermillion’s situation Friday, in which he emphasized that the government “viewed the organization as a witness, and not as a subject or target of the investigation.”

“I was recently made aware that Ryan Vermillion has entered into an agreement, pursuant to which he has admitted to wrongdoing, but will not be charged with any crime so long as he satisfies certain conditions over the next 12 months,” Rivera said. “The situation is unfortunate and although it resulted in no criminal charges, it was necessary to move forward in a different direction. Ryan’s employment has been terminated.”