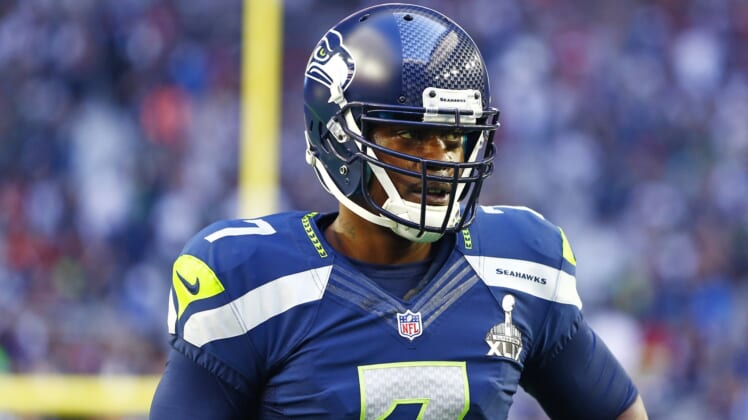 The NFL family suffered a heartbreaking loss on Sunday night when former Seattle Seahawks quarterback Tarvaris Jackson was tragically killed in a car accident in Alabama.

Jackson was a second-round pick in the 2006 NFL Draft out of Alabama State. He began his career with the Minnesota Vikings, starting 20 games across five seasons. During his five-year stint in Minnesota, Jackson posted a 10-10 record with a 76.6 quarterback rating, 3,984 passing yards and 28 total touchdowns.

He signed a two-year contract with the Seahawks in 2011 and quickly became the team’s starting quarterback. Jackson played in 15 games during the 2011 season, finishing with a 7-7 record and setting career-highs in passing yards (3,091), passing touchdowns (14) and yards per game (206.1).

After being traded to the Buffalo Bills in 2012, Jackson returned to the Seahawks the following season. He served as Russell Wilson’s backup for three seasons and won a ring with the team in Super Bowl XLVII.

Our thoughts go out to Jackson’s friends, family and every organization he touched during his football career.