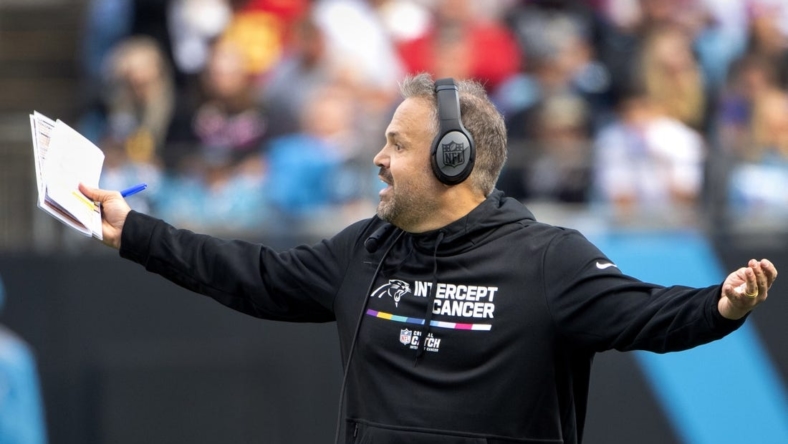 Former Panthers coach Matt Rhule welcomes another chance to coach and knows a few changes he would implement should he get another spin at the wheel.

Rhule was fired after starting 1-4 after two-plus seasons and an 11-27 record in Carolina.

“It didn’t end the way I wanted it to. But I’m proud I never lost the locker room,” Rhule said Tuesday in an NFL Network interview. “I’m proud those guys fought and stood up for me til the very end. I hope I get another chance to coach. I’d do some things better football-wise.”

Rhule said he didn’t have strong enough relationships with players in his first two years in the NFL.

The Panthers are 3-8 and would currently have the second pick in the 2023 draft if the season ended Tuesday. Carolina plays the Denver Broncos on Sunday, but has yet to identify a starting quarterback — an issue that helped deck Rhule’s run as Panthers’ coach.

The Panthers owe Rhule $40 million as part of the contract he signed to leave Baylor and take over in Carolina.