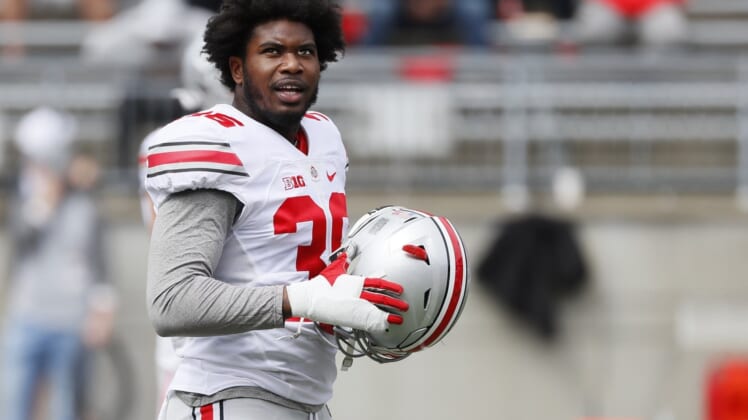 Linebacker K’Vaughan Pope, dismissed from the Ohio State team in his senior season in September, announced he will play at FCS program Tennessee State in 2022.

“for those who hated, guess what …new chapter ahead of me #TennState #TSU #RoarCity,” Pope wrote Friday on Facebook.

In the Buckeyes’ 59-7 win over Akron on Sept. 25, Pope was involved in a bizarre incident with coaches on the sidelines.

With the Buckeyes on defense in the second quarter, Pope tried to enter the game but was waved off by a teammate. Instead of returning to the sideline, Pope headed toward the Ohio State locker room before a member of the coaching staff intercepted him and brought him back.

Pope removed his gloves, threw them into the stands and tried to remove his jersey while on the sideline as well. A few coaches spoke with Pope before someone led him to the locker room.

Before the game ended, Pope tweeted “f– Ohio State” but then deleted the tweet. He tweeted a separate message, saying, “good lucc to my teammates.”

He later issued an apology.

In his time at Ohio State, Pope had 19 tackles and two interceptions.