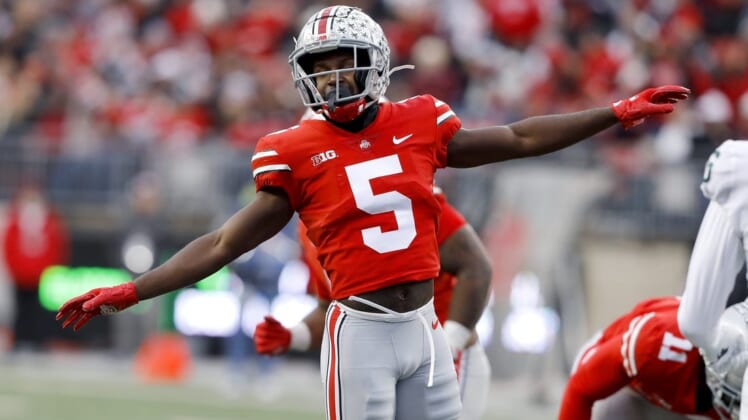 WBNS-TV in Columbus, Ohio, reported that a woman told police in Memphis that a man kidnapped her and stole her car last Thursday. Police identified the suspect as Williamson, 23.

According to an affidavit, the woman told police that the man, who wasn’t known to her, kidnapped her and took her wallet and phone in the incident. She said the man forced her to take him to an ATM, returned her debit card to her and instructed her to withdraw $500. He is alleged to have then forced her to exit the car, and he drove off.

Police said they spotted Williamson driving the car into a car wash the following day and arrested him. The woman identified him from a photo lineup, per the report.

As of Tuesday morning, Williamson remained incarcerated at the Shelby County Jail on $80,000 bail. He is due in court on Sept. 7.

Jail records indicate he has been charged with two counts of aggravated robbery, especially aggravated kidnapping and evidence tampering or fabrication, all felonies.

In his Ohio State career, Williamson had 68 tackles, four forced fumbles, three fumble recoveries and five passed defensed. He was part of four consecutive Big Ten championship teams for the Buckeyes and two teams that advanced to the College Football Playoff.