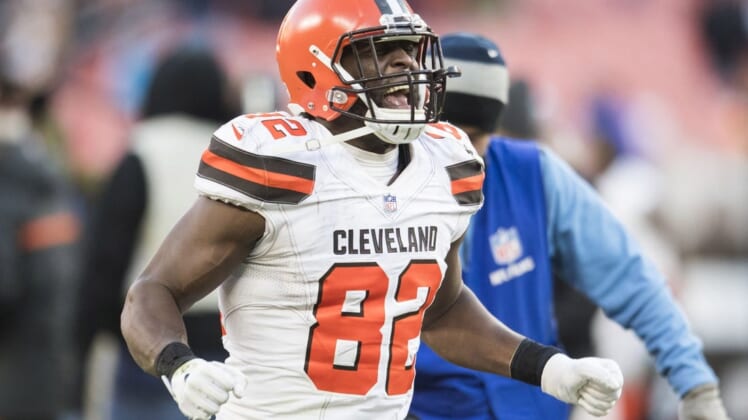 The Tampa Bay Times said Charles was arrested after he allegedly pulled a gun in a dispute over a parking space. Charles, 31, was charged with aggravated assault with a deadly weapon, carrying a concealed firearm and introduction of contraband into a detention facility.

The Times, citing the Tampa Police Department report, said Charles and another party — approaching from a different direction — both attempted to park in an open spot at the same time. Charles got out of his car and approached the other driver, then pulled a gun from under his shirt, per the report.

The occupants of the other car showed Charles their badges confirming they were off-duty law enforcement officers. They gave up the parking spot, reported Charles’ alleged actions and kept an eye on him until he was arrested.

Charles does not have a current permit to carry a concealed firearm, according to the police report.

He was taken to Hillsborough County Jail and posted a $6,500 surety bond before his release on Saturday.

Charles was an all-Southeastern Conference selection at Georgia in 2011 and arrested before the NFL draft the following year on a DUI charge. The Cincinnati Bengals selected him in the fourth round.

He played with four teams over five NFL seasons. He had 14 career catches for 185 yards with no touchdowns in 49 games with the Bengals, Detroit Lions, Kansas City Chiefs and Cleveland Browns.

In 2015, the NFL levied a one-game suspension against Charles for violating the league’s personal conduct policy.