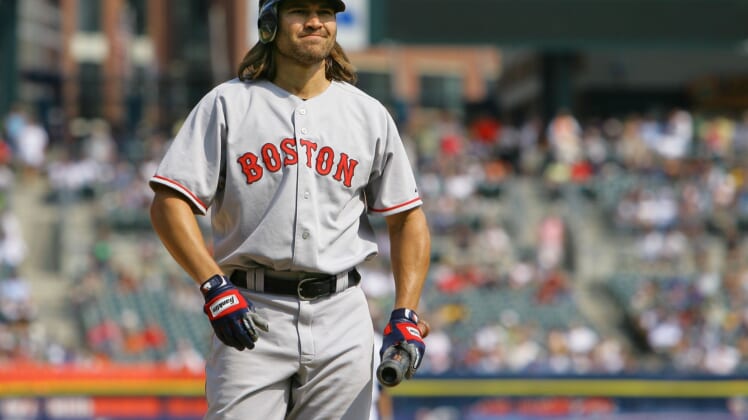 Former MLB All-Star Johnny Damon was arrested early Friday in Florida on driving under the influence and another charge, multiple outlets reported.

He was taken into custody by police in Windermere, a suburb of Orlando, and booked at the Orange County Corrections Department. Damon, 47, had a blood-alcohol level of more than 0.20 percent, CBS Miami reported. That’s more than two times the legal limit.

The television station also reported he was charged with resisting an officer without violence.

The Orlando Sentinel said Damon’s wife, Michelle Mangan-Damon, also was arrested. During the traffic stop, which occurred around 1:20 a.m., she was told to stay in the car and ignored the officer’s order.

Damon, who grew up in Orlando, played 18 seasons in the major leagues for seven teams. Kansas City selected him in the first round of the 1992 MLB Draft, and he made his debut for the Royals in 1995 and spent six seasons there.

The outfielder, known for his hustle and his shaggy hair, was the sparkplug of the two World Series-champion teams: the 2004 Boston Red Sox and 2009 New York Yankees. He was a two-time All-Star with the Red Sox.