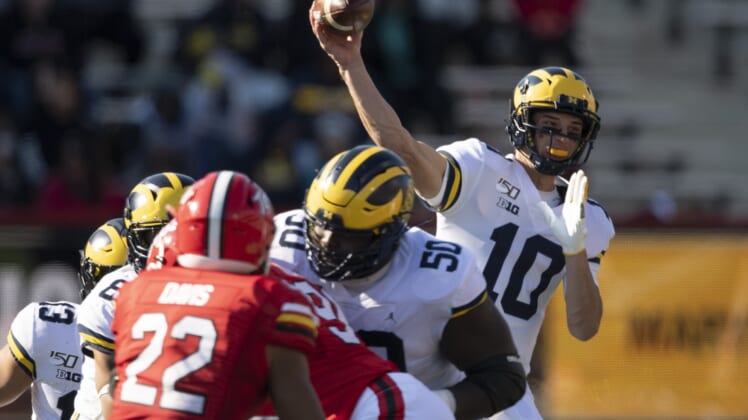 Former Michigan quarterback Dylan McCaffrey announced Sunday night that he will transfer to Northern Colorado, where he will play for his father, former NFL wide receiver Ed McCaffrey.

Dylan McCaffrey revealed the news on his Twitter account. He will be available to play next season and has two years of eligibility remaining.

“Extremely honored to announce that I will be continuing my academic and athletic career at The University of Northern Colorado,” McCaffrey wrote, along with graphics showing him in a Northern Colorado uniform.

McCaffrey opted out of the 2020 season with Michigan. He completed 18 of 35 passes for 242 yards and three touchdowns during his Wolverines career, and he rushed for 166 yards and two scores.